I started my tech career working for the Town of Sudbury in Massachusetts at age 16. Since then I’ve overhauled the web platform and I’ve worked on most parts of the infrastructure in some form or another.  When I started, the town was running an ancient custom built content management system written in classic ASP on an old windows server.  Now the web platform is a modern WordPress multisite network running on a modern Linux based infrastructure. 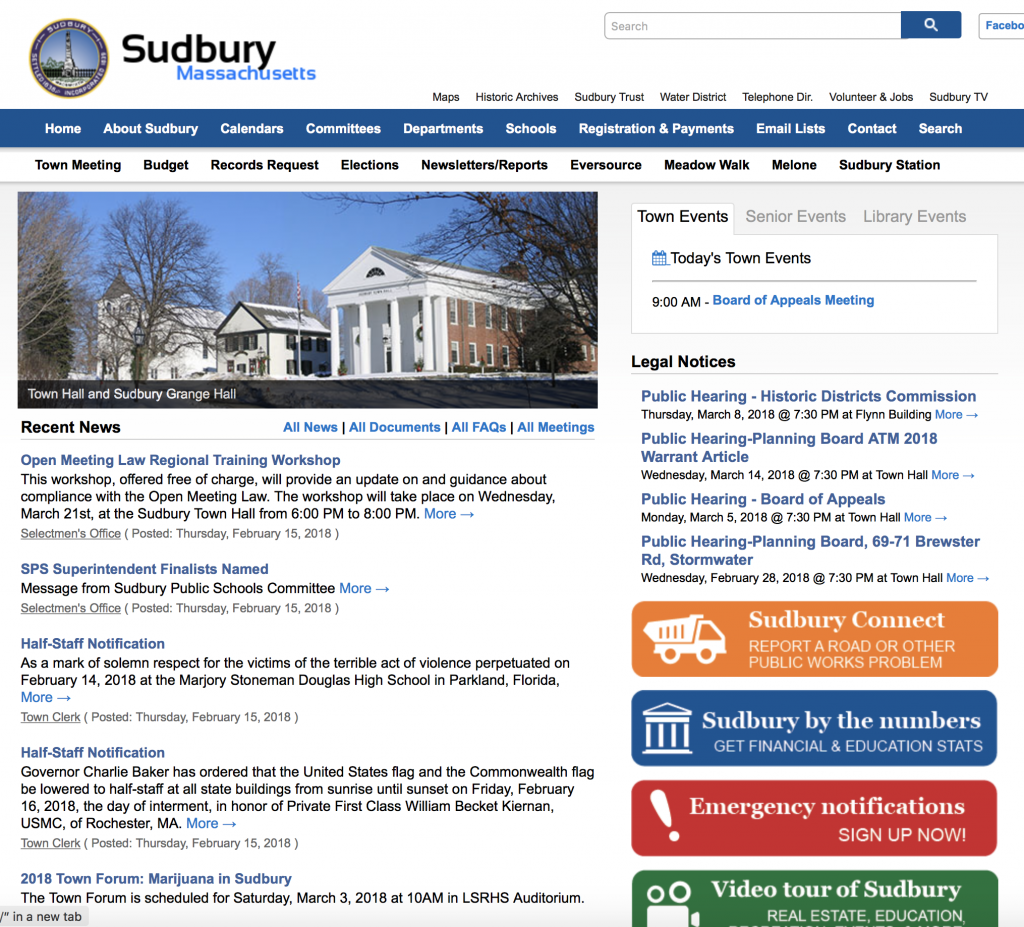 Part of the platform is an election result tracking tool started by a previous summer intern. The tool tracks town-wide election results ballot questions and races for positions at the municipal, state, and federal level. The election results database is publicly viewable and records results in a standardized database. I finished off this tool and securely integrated into the public website. We then worked to ease digitizing and data entry for elections dating back to 1960! 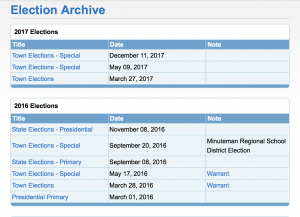 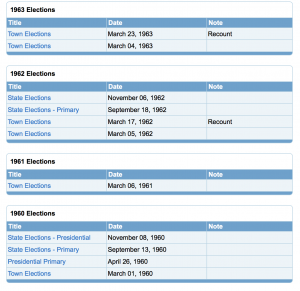 I explored many CMS options with my manager in the early stages of the project. We settled on the Open Source platform WordPress for its cost effectiveness, flexibility, scalability, and overall architectural fit for our needs.  I made countless changes to the administration interface and overall data model to mimic the existing model as closely as possible. This included many new Custom Post Types, Taxonomies, and custom plugins. I also built a custom migrator that would migrate the data from the legacy CMS into the WordPress ecosystem.  This migrator was essential to the success of the project as it allowed me to iterate on the new platform with the most recent data from legacy platform.  It also allowed us to perform dozens of test migrations prior to the roll out and minimized down-time of the initial rollout to just a few hours.

I also implemented many of the features from the legacy CMS into the new WordPress interface, notable examples being user interface comforts to ease the transition from the old system to the new system 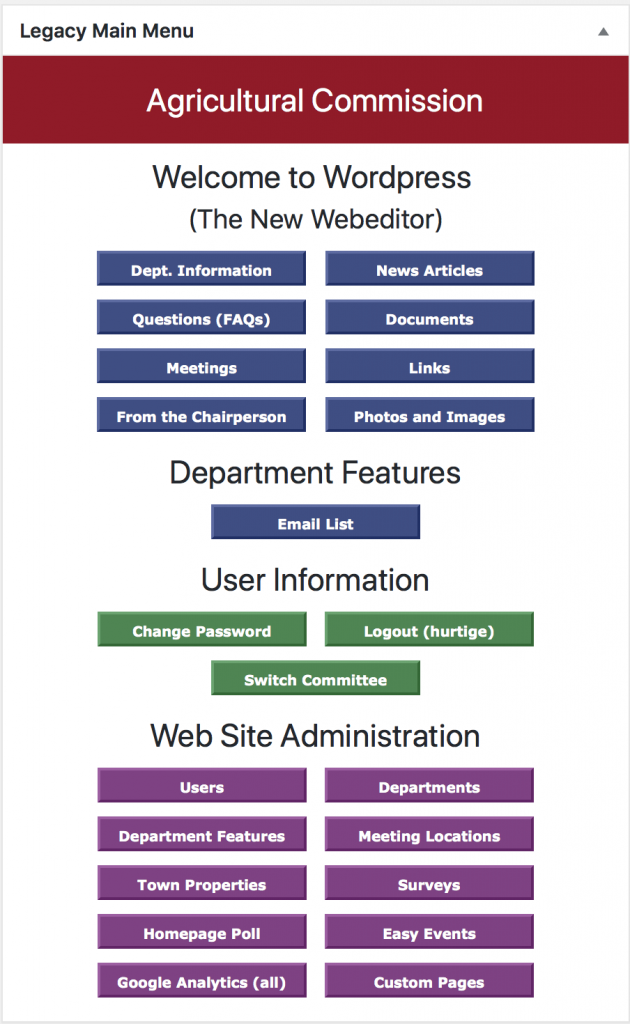 I also pioneered new Linux infrastructure to drive the town’s web services and databases.  I also maintain nearly all of the new and existing Linux and Unix based systems on the network.  Use of linux systems allows us to take advantage of technologies that are only available on the Linux platform.  It also eases configuration management, clustering, and upgrades.

I also manage some Windows Servers as well that are essential for maintaining operations.  I also consult on new network upgrades and topology shifts to keep us up to date with evolving best practices.

Finally, I drive some of our many security improvement efforts within the network.